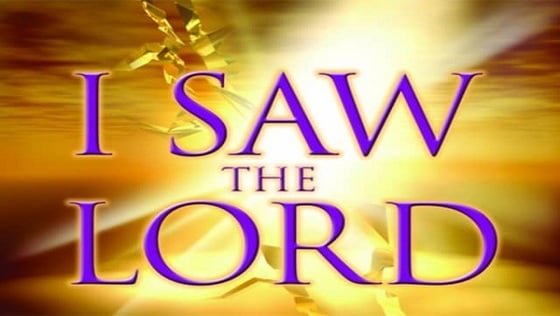 In the year that King Uzziah died, Isaiah had a vision of Jesus Christ, who is the King of kings and realized he and the people he dwelt among had unclean lips.
In Isaiah 6:1–5 (NKJV), it states, “In the year that King Uzziah died, I saw the Lord sitting on a throne, high and lifted up, and the train of His robe filled the temple. Above it stood seraphim; each one had six wings: with two he covered his face, with two he covered his feet, and with two he flew. And one cried to another and said: “Holy, holy, holy is the LORD of hosts; The whole earth is full of His glory!” And the posts of the door were shaken by the voice of him who cried out, and the house was filled with smoke. So I said: “Woe is me, for I am undone! Because I am a man of unclean lips, And I dwell in the midst of a people of unclean lips; For my eyes have seen the King, The LORD of hosts.””

It appears the death of King Uzziah marked the passing of a golden age in the southern kingdom of Judah. Uzziah had been a godly king, but he disobediently entered the temple and was struck with leprosy which made him ceremonially unclean (2 Chron. 26:16–20). He lived in isolation until the time of his death.

Israel appeared to have no leader who seemed capable of dealing with the corruption that had already begun during Uzziah’s years of isolation. So being heavily burdened, Isaiah came to the temple to pray. It was in Solomon’s Temple that he had a vision of God which gave him a renewed belief in our glorious Lord. This vision produced a deep conviction of sin in the prophet himself, and brought him to the place of confession and special consecration of service for the true King of Kings.

Whenever we concentrate on God’s presence with us, we will indeed behold His holiness in comparison to our sinfulness or waywardness. It should indeed lead us to confession and a more focused consecration of service to Him. This is not a negative thing. Oh, no! It is a glorious necessity for us to become more useful for His service no matter how long we have been in the service of our Lord.

This month, I am going to do something a little different. I feel prompted to expound more fully on Isaiah’s vision, his confession and consecration in our podcasts for this month. So, if you have not already, download our app (click here) for easy listening each week. The lessons from these podcasts will inspire you.

(Oh, don’t forget to register now for our upcoming conference in October. Early bird prices end this month. We are at a new location for more community outreach. Get the details by clicking here; you will want to secure your seat.)