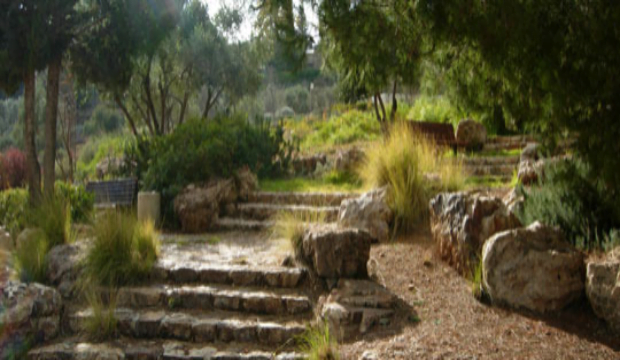 The Appearance of Jesus

It seems Luke is the only one who recorded the appearance of Jesus on the road to Emmaus in Luke 24:13-35 (listen here). This incident involved two believers who were in Jerusalem for the Passover, but were now returning to Emmaus (a 2-3-hour walk; about 7-8 miles northwest of Jerusalem).

As they walked, they were sadly discussing the events of the past several days concerning Christ’s crucifixion. During this walk, Jesus joined them, but they were kept from recognizing him. One of the two disciples was a man named Cleopas; we do not know the identity of the other.

Jesus inquired about their discussion and sadness. They responded by stating he must be the only one living in all of Jerusalem who did not know what had happened. Jesus’ ministry and death were known to everyone in the city and in most of the nation. Even in the United States, it is rare for a person to not have heard of Jesus, but hearing about and knowing are two different things.

Then they unfolded the account of how they had thought Jesus was the Messiah until hearing of His crucifixion. Yet, they did comment on reports of His resurrection. At that point, Christ rebuked their lack of faith and pointed out from Genesis to Malachi how it was predicted that the Messiah would suffer prior to His exaltation as King.

They had such a glorious Bible lesson and sweet fellowship on their walk that when it appeared He would continue His travels, they bid Him to spend the evening with them. So, he went in and stayed with them. Jesus will not force entry into an individual’s life, for He must be invited in. Indeed, He was not merely a prophet, but the true Messiah, and it was not until after Jesus had broken bread with them in their homes that their eyes were opened and they recognized Him. As soon as this happened, He vanished. The two had opened their home to Him and now He had opened their eyes.* They hurried back to Jerusalem and affirmed the resurrection to the eleven disciples and others.

As you walk throughout your day, do you recognize the appearance of Jesus? Is His appearance evident especially as you rub shoulders with others? Does His love, peace, faith, gentleness, grace, mercy and kindness appear? Or do you or others barely recognize His appearance? Come take a journey with me, your own spiritual walk to Emmaus as the truth of the Scriptures break forth the very presence of Jesus in your life. Click here for details of experiencing His presence in even a greater degree this year by taking a journey with me. Now, if a negative thought has entered your mind, place it on the cross of Christ, click for the video, and I will welcome you to a marvelous journey that will change your life. See you soon!

* (Daily Notes of the Scripture Union)