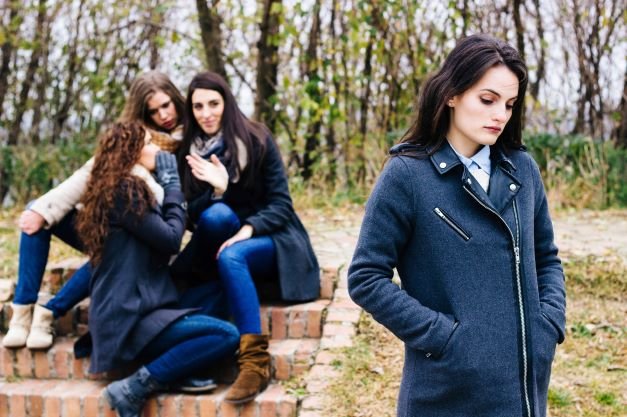 You Are Not One of Us

Have you ever experienced what it is like to be ostracized from a group whether small or large? Do you know what it is like to experience a clique? A clique is a small group of people, with shared interests or other aspects in common, who spend time together and do not readily allow others to join them. It is a behavior that you would think would be characterized by children, but I have seen many adults who practice such behavior. It is something we need to be aware of that contributes to the division taking place today.

I know what it is like to be on both sides of a clique. I remember being accused of being in a clique. Ouch! It hurt because I would never want anyone to feel excluded. Then I know what it is like to not be allowed to be a part of a group. Ouch again! It hurts because it sends a message that you are not good enough. You do not measure up to be in our company. In other words, “You are not one of us.”

“Master,” said John, “we saw someone driving out demons in your name and we tried to stop him, because he is not one of us.” “Do not stop him,” Jesus said, “for whoever is not against you is for you.”

Jesus had just corrected the disciples for disputing who was going to be the greatest in the Kingdom and then John approaches Him with this concern. This concern, like the previous, was bathed in pride. A pride that should not characterize those who identify themselves with Jesus. They tried to stop this man for no other reason than he was not one of them.

They should have been glad that the demon had been cast out of the person and that God’s power was being manifested. Yet, instead of rejoicing, they rejected him. You may wonder, what caused such flesh to dominate the love that should have been shown. Were they jealous that someone else could do what they did? Did they feel their own greatness would be diminished?

In Philippians 1:15-18, Paul testified of many who preached Christ from many motives, but Paul could still rejoice that Christ was being preached.

Jesus replied, “Whoever is not against you is for you.” He was teaching the twelve to not see themselves as God’s exclusive representatives and to not hinder the ministry of others who follow Jesus differently than them. All must guard against a desire for exclusiveness—for a monopoly of spiritual power and prestige over “those who are not one of us.” The ministry of God’s kingdom is not exclusive to and is not the privilege of a select few individuals or few groups. It is the responsibility of all who follow Jesus.

If individuals or groups are not for Christ (denying who He is and what He has done) they are against Him (see Luke 11:23). However, if this is not the case, “Do not stop him,” Jesus said, “for whoever is not against you is for you.”

What Can We Do?

We should all serve the Lord the best we can, expose error and deceitfulness as Paul did, and yet not be ruled by a spirit of divisiveness. Let us stop condemning or rejecting all who are not in “our group” or deemed “you are not one of us.” Let us all make every effort to show love and mercy without restraint as did our Lord Jesus Christ.